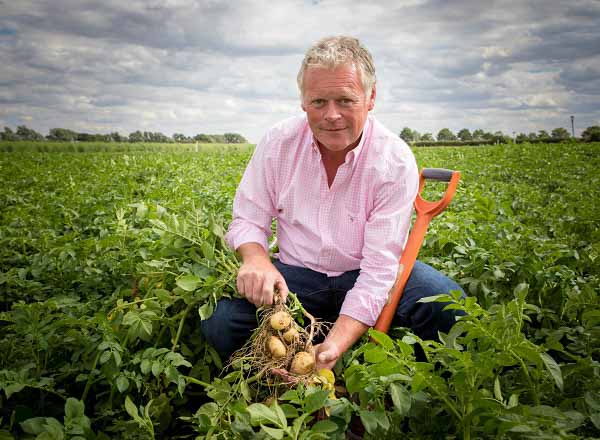 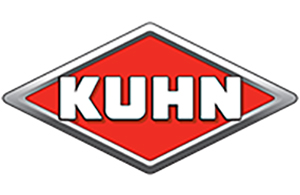 After a 30-year career managing irrigated crops, Andrew Howseman launched his own contracting company to bring the benefits of drip irrigation to growers across the eastern counties.

Andrew Howseman’s business has been characterised by some pretty fierce growth in recent years with a 60 per cent boost since winning Contractor Innovator of the Year at the British Farming Awards last year.

He says: “With the drought last year and concerns about water availability, lots of people have been looking at drip irrigation.”

However, the growth in business has been hard fought at times, as growers have typically been rather sceptical of the system in the past, concerned it would be labour-intensive, generate a lot of waste and be prohibitively expensive.

But technological developments alongside Andrew’s own innovations and problem-solving skills have made drip irrigation a real possibility for potato and vegetable growers.

Innovations are ongoing and Andrew believes that within a decade drip irrigation will not just be used as an effective irrigation method, but for delivering other benefits to crops too.

He set up the business in 2012, having previously worked as a farm manager and agronomist for various potato and vegetable businesses in the Lincolnshire and Cambridgeshire area.

He was involved in managing 81 hectares (200 acres) for a grower using drip irrigation when he identified a niche.

He says: “There was no-one to install and manage the equipment, so I saw an opportunity.”

Offering a contract service to lay the tape required for drip irrigation and set up the system means growers can concentrate on planting rather than attempting to juggle both tasks at such a busy time, he explains.

“We lay the tape while they are busy planting and pretty much follow them out of the field. We try to keep things simple and straightforward.

“We take care of a stressful operation for growers who are always at full capacity in this part of the season.

“Today’s growers have fewer staff to look after their irrigation systems and, once our equipment is set up, it offers a reasonably labour-free option to them.”

Andrew keeps in touch throughout quieter times and undertakes his own quality digs at harvest.

He says: “I use dig data to try to further promote the concept at shows and exhibitions throughout the year.”

Relationships are a key focus to the business, he adds: “We are offering something different and other growers are always interested in how it is going and how well we are doing as suppliers and contractors. A good percentage of new work comes from recommendations.”

Andrew is assisted by Marcus Stanley for part of the year.

Andrew says: “He organises the machines and deals with the contracting bit and I am responsible for sales and logistics. We make it work between us.”

They also take on additional self-employed workers during busy months and, with the dramatic growth of the company in the past couple of years, they are beginning to take on further self-employed people to assist with fulfilling work in the further reaching areas.

Andrew says: “We work very hard for three to four months in spring, typically working 15-16 hours/day through the spring installation. It starts to tail off in early June but then again at the end of August through to harvest we are busy again with tape recovery.”

He says: “I fully expect we will be up to 1,500 acres next year and will be disappointed if we are not.”

The business covers Lincolnshire, Cambridgeshire, Norfolk and Essex at the moment, he says. “All east of the A1 corridor.”

Winning the Contractor Innovator of the Year Award at last year’s British Farming Awards has helped raise awareness of the business and Andrew is receiving enquiries from further afield, which is proving a fruitful area of development.

He says: “Through Twitter, we have had interest from Holland and France. We work closely with a manufacturer which is talking about us doing some work in northern France.

“In the past few weeks, we have had visitors from New Zealand, and we may well be helping with an advisory role for irrigating 10-12ha (25-30 acres) over there. The scope for further growth is enormous.”

Even within the UK, the distance between farms can be challenging, says Andrew, who has driven 16,000 miles in the past three months.

He says: “We drive long distances then spend eight or nine hours commissioning. We need to find good quality contractors that will work to our specification in different parts of the country.

“Other challenges include pests. The tape is vulnerable to pests, particularly hares and crows. Crows will peck holes in the tape and create leaks. There are still a few refinements to make.”

The seasonality of the work will always be a challenge and, while he takes time to train people for a project, they then may not be available for the next project, so new people are trained again.

While there have not been big changes in the equipment available, the innovation has been in how it is used and managed, explains Andrew.

“We currently have a new six-row tape-laying system and have developed stillages and bobbins for storage and deployment of equipment at layout and collection. We can now fit 50 acres’ worth of equipment in the back of a pickup truck and trailer.

“Having machinery which is universal with quick attachments cuts down on lost time and keeps the number of tractors and skilled men involved to a minimum.”

“The main technological innovation in drip irrigation systems is in tape recovery,” he says.

Previously growers might have been left with large quantities of unruly plastic tape which took up a lot of space and was not economic to be hauled to recycling plants.

Andrew says: “We have now developed a winding machine. This means we can roll up the tape as we recover it and the rolls can be stacked.

“Haulage then makes much more sense and recycling companies are now interested in it.”

This season a local recycling company is going to give Andrew a certificate to give to customers for farm assurance schemes. He says: “Tape removal had been
an Achilles heel for some, but now we can offer a full end-to-end service from supplying equipment, delivery, laying it out and commissioning, running it
to hand over, then tape collecting and taking it away for recycling.”

Other innovation is in the use of tape for delivering other benefits to the crop, says Andrew.

“I believe that in five to 10 years, water will be the secondary function of tape. You can use it for lots of things, such as fertiliser, pest suppressant, fertigation and delivery of microbial products to enrich and enhance the environment for growing crops.”

Andrew is involved in trial work on the Spot Farm in West Shropshire and also for a potato processor.

“Developments and trials currently being undertaken with products to suppress PCN, apply fertigation and microbial stimulants down the tapes are all helping to create interest in systems, and the options for contract hire and installation keep growing.”

Being shortlisted and winning the Contractor Innovator of the Year Award at last year’s British Farming Awards was a great experience, says Andrew.

“I have been asked to be a judge at this year’s awards. I am really looking forward to that process and to be able to give something back.”